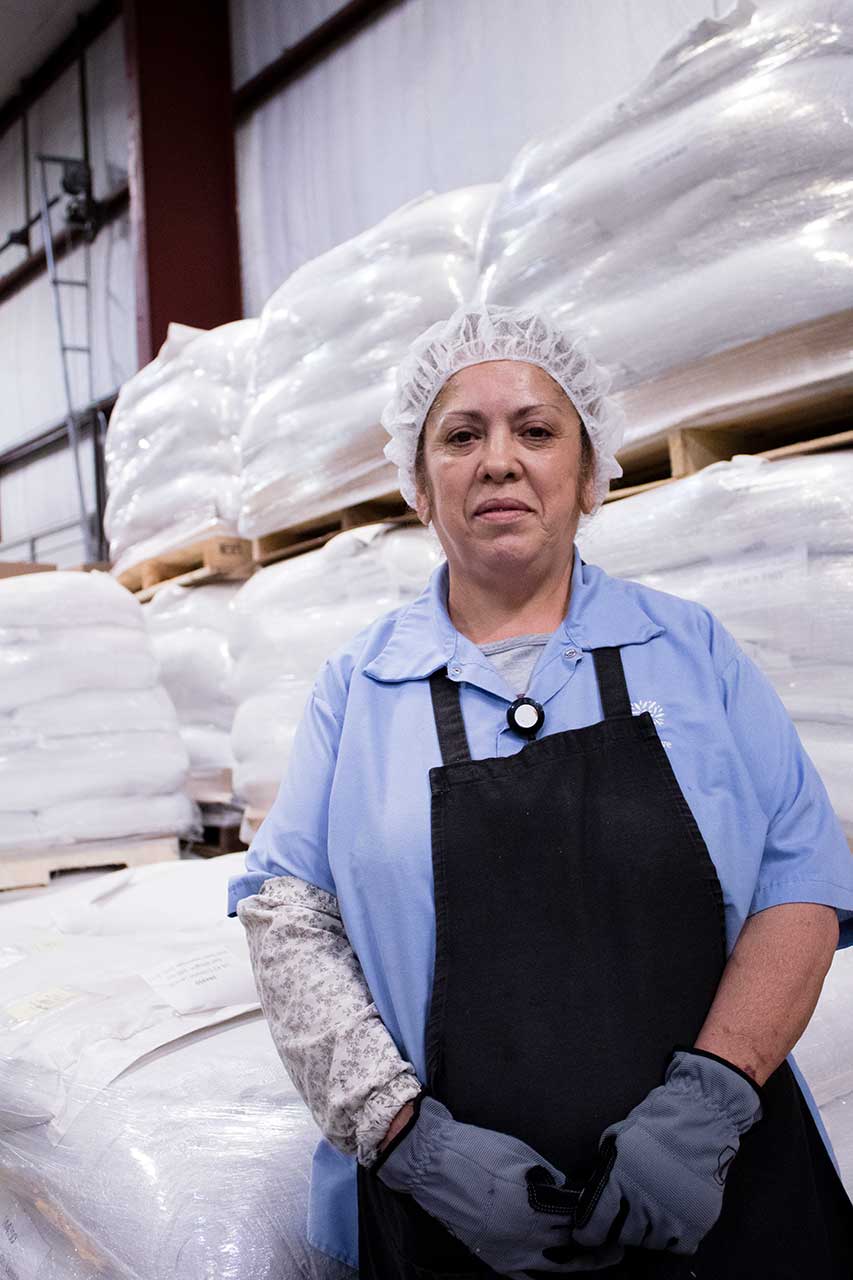 For many, love means going the extra mile. For Lubbock-owned Breedlove, love means sending humanitarian relief as far as 15,000 miles across the world. Since 1994, Breedlove has processed and distributed over two billion servings of food to over 67 countries. Breedlove’s vision is simple: to transform lives through hope and encouragement. Their recipe for change calls for food inspired by need, crafted by innovation, and made with love.

Breedlove is the largest nonprofit food processor in the world with over 80 local and international partners, and the demand for their services is only rising.

“The demand on what we do is limitless,” said Bill Miller, Breedlove CEO. “It’s an infinite demand and world hunger is growing every day.”

It’s an infinite demand and world hunger is growing every day.

According to the World Health Organization, 815 million people faced famine in 2017, 38 million more people than 2016. Globally, 11 percent of the population is at risk of going hungry. The inability to receive proper nutrition can lead to stunted physical growth and mental development. Without the right nutrients to support their immune system, famine-plagued communities are also left defenseless against disease.

Famine is a problem shared by people on every continent, from every race, ethnicity, culture, and religion. Each region facing food insecurity faces its own problems, having its own nutritional needs. Miller said this is why Breedlove works to specially formulate their products for each region where they ship food.

“We have to have really specific nutritional facts and information that are country-specific,” Miller said. “So there’s quite a bit of food science in this.”

Each country where Breedlove sends aid has its own unique needs and Miller said Breedlove works to accommodate those needs. When creating the perfect recipe, Miller said Breedlove researches a region then adapts their products to suit the people’s nutritional needs, taste preferences and religious observances.

“We are halal and kosher certified and approved,” Miller said, “because we don’t know who the end user will be.”

More than just being tasty, Breedlove’s two main products are intentionally designed to combat famine. Breedlove’s dehydrated blends have nutrients added in during production and can be prepared using only boiling water. One 40-foot container can hold 1 million servings per container, giving Breedlove and associates more bang for their buck.

Their other main product, Vitanut Pro, is a peanut butter like paste, made specifically for those who are moderately or severely malnourished. The rich blend of ingredients in nutrients means Vitanut Pro can be used by pregnant women, children under the age of five, and people living with HIV or AIDS.

“You’re going to get tired of peanut butter,” said Miller, “but you can live off of it.”

After crafting the ideal blend for a specific region, the recipe for humanitarian relief is sent to the production line.

Oralia Nerios, better known as Lala, has worked at Breedlove for almost 23 years. She said she has worked every job on the production line from packaging to working on the line.

Packages of Breedlove’s dehydrated meals will ship from Lubbock, Texas to communities all over the world. (

Across the building from the production line, Lorinda Davis resides in Breedlove’s state-of-the-art lab where she has been working for the past five years. As a quality assurance assistant manager, her job is to keep a watchful eye over production quality.

Davis said the tests are vital for the safety of the people receiving the food. If the food is contaminated, it puts whoever eats it at risk of getting dangerously sick. According to Davis, an overlooked pathogen poses a serious threat to a famine-weakened immune system.

For Davis, looking at the pictures of people receiving Breedlove’s food makes her job all the more worthwhile.

“It just makes you feel good about what you do every day,” Davis said.

Quality control is a vital part of Breedlove’s production process with everyone concerned about safety, including CEO Bill Miller.

After being safely produced and packaged, Breedlove turns to its distribution partners to deliver their food all over the world. Intentionally working to develop these partnerships is vital to Breedlove’s success.

The key thing Miller said he looks for in a distribution partner is consistency. More than just a passion for humanitarian aid, distribution partners must have resources and connections safely deliver the packages of aid. Miller said some of the regions where Breedlove’s food is shipped, the delivery trucks have to be accompanied by armed guards for fear of the food being raided.

“Food is a currency that anybody can spend,” Miller said

With ever rising demand for their products and uncertainty in a global environment, Breedlove is always in search of new partners willing to deliver their food to those who need it most. Miller said if anyone ever asks how to support Breedlove, connecting them with potential distribution partners never hurts.

“We want to ship a quality, nutritional product and we need good distribution partners,” Miller said.

Future of Food and Famine

“It doesn’t solve a problem but it does give food that will suffice as a meal to people who need it,” Miller said.

Since taking on the role of CEO, Miller said working for Breedlove allows him to have more of a widespread impact than his previous jobs.

“I think this is the first place that I have worked where you think, in about sixty days, what I did today could save hundreds of people,” Miller said.

Although much is uncertain about the future, hunger and famine remain an unfortunate certainty. With the company firmly focused on providing innovative solutions to famine, Miller said looking to the future, Breedlove’s innovation will continue to evolve to reshape the needs of people around the world.