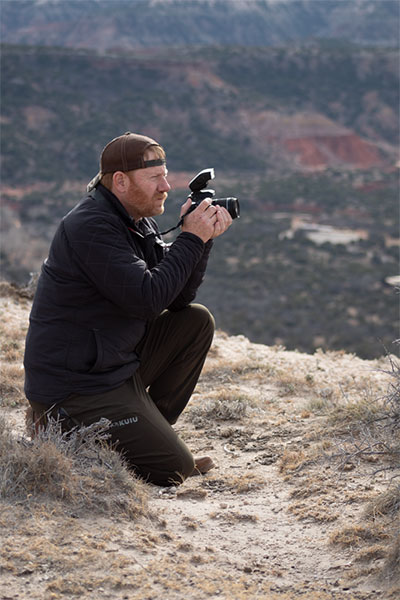 Brandon Ray photographs the wildlife and landscape on his ranch.

s a kid, Brandon Ray would head up to Palo Duro Canyon once or twice a year to visit his grandparents’ ranch that has been in the Ray family since 1948. When Ray realized he could go to college at Texas Tech University, only an hour and a half from the ranch, he knew that was where he was meant to be.

Ray graduated from Texas Tech with a degree in ranch management, then moved to Canyon, Texas, to take over his grandparents’ land. His main job was ranching and guiding hunts, but then he found himself excelling in another niche.

Right after he graduated from college, he sold his first journal article. Today, he has written and photographed for over 20 different hunting and fishing publications including: Journal of Texas Trophy Hunters, Texas Wildlife Magazine and Bowhunter Magazine.

It’s like I have three part-time gigs, which is good, because when one is slow, hopefully another one is picking up, and you don’t have all your eggs in one basket with one job, Ray said.

“It’s like I have three part-time gigs, which is good, because when one is slow, hopefully another one is picking up, and you don’t have all your eggs in one basket with one job,” Ray said.

In addition to his many jobs, Ray also participates in the Conservation Stewardship Program and the Environmental Quality Incentives Program through the U.S. Department of Agriculture’s Natural Resources Conservation Service in Canyon. These programs provide assistance to agricultural producers to implement conservation practices on their land.

Ray said he has many different species to manage on his ranch, such as mule deer, aoudad sheep, feral hogs and turkeys. He said most of the time he sees ranchers that are completely invested in cattle or wildlife, but he strives to balance it all together with the assistance of the USDA-NRCS programs.

Jeff Lewter, NRCS district conservationist in Canyon, assists Ray in his conservation efforts, which include wildlife-friendly fences, improved grazing management for soil compaction on rangeland through monitoring activities, mesquite control through aerial chemical spray applications, and solar panel water tanks. Lewter said he has enjoyed working with Ray over the last few years and he is an exceptional steward of the land.

“Brandon understands the importance of taking care of the land,” Lewter said, “as well as protecting and conserving the natural resources found on the ranch.”

The landscape on the ranch land has a variety of plant species.

Brandon Ray’s ranch is home to many poultry species. 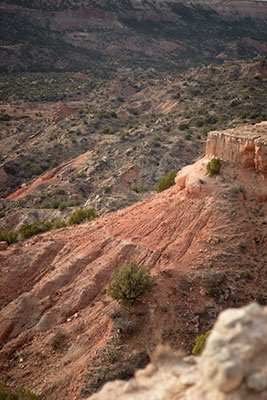 The NRCS is prepping equiptment for upcoming projects on Brandon Ray’s ranch.